Do Our Eyes Dilate When You’re Attracted to Someone?

Is there such a thing as a secret crush? Or do our eyes give it all away?

It’s the season of love. We’re sure you’ve heard of the common belief that our pupils dilate when we look at someone we are attracted to; but is there any truth behind this?

Here we take a look at the science behind it… 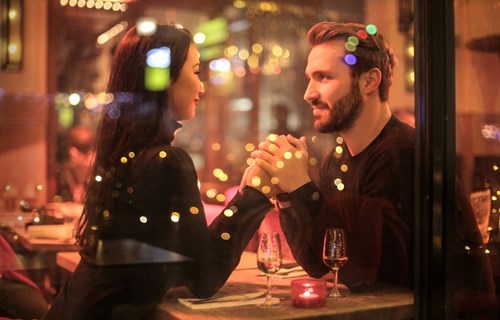 The look of love

Our pupils naturally dilate throughout the day. The main reason for this is to control the amount of light that enters the lens; allowing us to focus on objects. In the medical field, this is known as mydriasis.

The muscles in the iris (the coloured part of the eye) control pupil size. Pupils get bigger and smaller depending on the amount of light around them. In dim light, the pupils dilate, to let more light in. Whereas, in bright light, pupils decrease in size to stop so much light passing through.

When we experience a physiological response to emotions such as fear or in this case attraction, it causes our pupils to dilate because the iris muscles are controlled by our autonomic nervous system.

With matters of the heart, the old belief that pupils enlarge when we look at someone we are physically attracted to, can indeed be backed up- which could be where the phrase ‘easy on the eye’ derives from.

The science behind it…

Dopamine, A.K.A the happy hormone, is a powerful neurotransmitter which is regulated within the nervous system and associated with feelings of pleasure. The chemical release of dopamine actually causes the pupils to dilate.

Dopamine levels peak when you are expecting something good. We’re talking about when you are about to eat your favourite slice of cake; when spend time with someone you love or, in some cases, during an addiction.

Did you know? You can increase your natural levels of this happy hormone by incorporating foods high in amino acids into your diet. So next time you wake up on the wrong side of the bed; foods such as fish, chicken, nuts, cheese and eggs may help to get some of that lovely dopamine circulating around your body.

Of course dopamine can affect many other bodily functions such as sleep quality, memory, motor control and motivation.

So, for those of you who are curious, pupils do dilate when we are attracted to someone. In fact, pupils can dilate by up to 45% when we look at someone we love, aahhhh…