International Women’s Day: How Do Women See the World Differently to Men?

International Women’s Day (IWD) was first celebrated in 1975. March 8th has since been known as a day to recognise and rejoice in women's achievements from all over the world.

As a focal point in the movement for women’s rights, IWD has gained a heart-warming amount of support throughout the years.

Apple is showing their support this year, with a multitude of events across its retail stores, App stores and Apple TV, throughout March. During this time, the global technology leaders aim to highlight influential female artists, entrepreneurs and creators.

Special guest appearances from Meghan Trainor and Victoria Monét are set to cause a stir during the campaign. On the actual day, March 8th, Apple will be launching an assortment of podcasts called “Changing the Narrative,” which will showcase women podcasters and shows.

As a female dominant office, we certainly will be celebrating in the Ultralase HQ!

In this article we take a look into the visual differences between men and women and how we perceive colours differently. 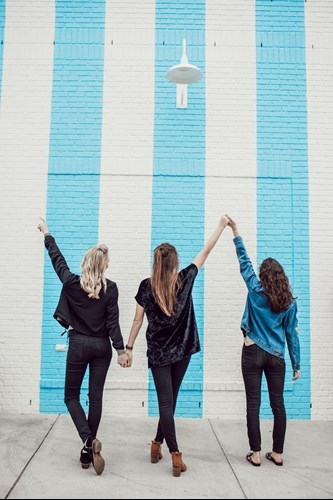 Dry eye syndrome is a very common condition that mainly affects people over the age of 50. Women are said to be twice as likely to have dry eyes as men; due to hormonal changes during pregnancy, taking birth control or menopause.

Hormonal differences is also believed to be the reason women are more at risk of developing degenerative eye diseases like cataracts, glaucoma and macular degeneration.

Pregnancy can cause visual changes

Along with morning sickness, fatigue and food cravings, pregnancy can cause changes to eyesight. It’s all part of the joys of being pregnant, but these changes will subside after the baby is born.

Expectant mothers are at higher risk of developing conditions such as diabetes, high blood pressure and migraines. All of which put excess strain on the blood vessels within the eyes. Additionally, pregnant women who have pre-existing eye conditions often experience heightened symptoms.

The most common eye related problem that pregnant women experience is blurred vision. This is down to the body retaining fluids; which can change the thickness and shape of your cornea. Again, this is usually no cause for concern and will stop once the baby has been born.

Women’s bodies are built to endure major changes throughout their lives. From pregnancy to menopause, it’s a never ending cycle of hormones. These hormonal changes often cause deficiency in essential nutrients.

It goes without saying that eating a well-balanced diet with plentiful fruits, vegetables, fibre, and whole grains is vital for great eye health. In fact we have an article dedicated to the foods you should be including in your diet to get your eyes in tip top condition- read it here.

Remember the gold or blue dress debate from 2015? How can you forget; it divided the nation and completely disturbed our understanding of how we see colours.

Well, there may be an explanation as to why men and women could have seen the dresses in different colours...

Firstly, research has verified that women have a larger colour vocabulary then men. Imagine a man and a woman shopping for paint - a woman is more likely to identify unconventional shades of colour, such as turquoise or sky blue; whereas men are more likely to describe both colours simply as blue.

Israel Abramov, a behavioural neuroscientist, thinks that the reason men and women describe colours differently is down to how their brains are wired differently and not simply because they have a different vocabulary.

He explains that there are three dimensions that affect how we all perceive colour: hue, saturation, and brightness. Hue is the actual colour; red, yellow, green, or blue. Saturation refers to the depth of the colour; for example royal blue vs pastel blue. Brightness describes the way a colour reflects light.

During his experiment, Israel Abramov asked men and women to examine the hue of a colour and to assign a percentage to the categories red, yellow, green, and blue.

The results showed that women were more skilled in differentiating between subtle progressions of hue, than men were. Women were more able to distinguish tiny differences between colours, which looked identical.

Israel Abramov concluded that men would require longer wavelengths of light to see the same hues as women. The differences in the development of the visual areas of the brain between men and women really do cause men and women to see the world differently. 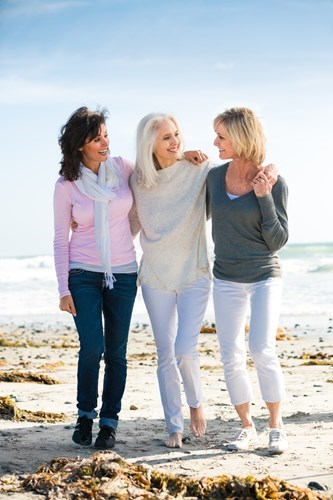 Academy Award winner Dame Judi Dench is best known for her roles in James Bond films. What most people don’t know is that Judi has managed to go on to win an impressive 15 awards whilst living with age-related macular degeneration. Judi commented “I’m not going to make it something that’s going to stop me” and that’s just another reason we admire her so much.

In 2011, Grammy award winner Missy Elliot opened up about her struggles with Graves' disease; an autoimmune disorder that causes hyperthyroidism or overactive thyroid. This condition often leads to swollen eye muscles, which put extreme pressure on the optic nerve; leading to double vision or in extreme cases vision loss. Graves' is five to 10 times more common in women than men, and usually occurs before the age of 40.

Mila Kunis, Hollywood actress and idol for many women, doesn’t allow chronic iritis to get in her way. Chronic iritis is a disease that affects the iris (coloured part of the eye) which can lead to vision loss if left untreated. Mila reported that before surgery, she experienced terrible discomfort and even complete blindness in one eye; this, however, never slowed her down.