What is Blended Vision?

Traditionally, blended vision was another term for monovision…

In short, blended vision is a treatment for the simultaneous correction of near-sightedness and far-sightedness. It earns its name because the eyes work together after surgery to ‘blend’ their focus.

This term is often confused with blended laser vision, which is also effective in treating presbyopia and astigmatism.

Presbyopia is an unavoidable age-related condition, which kicks in from the age of 45. It occurs when the muscles around the lens start to weaken; affecting the ability to focus on objects which are close-up. Presbyopia is a little like farsightedness, however it does not relate to the shape of the cornea. 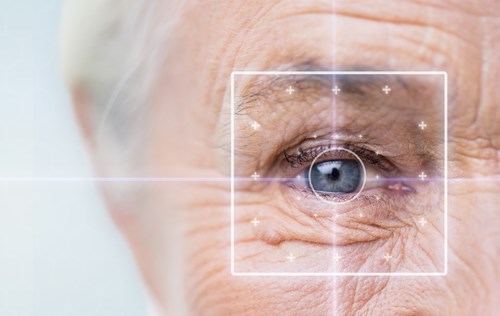 Here is where it gets confusing. Where monovision and blended vision were once considered equivalent, some companies now refer to presbyopia laser treatments, such as Presbymax, as blended vision too.

Presbymax and monovision are slightly different, in that the innovative laser used during Presbymax achieves a deeper depth of focus.

When it comes to blended laser vision, more ‘zones’ of visual clarity are created; giving patients a wider scope of clear vision. In other words, the ‘near eye’ with blended laser vision sees much better at distance than the ‘near eye’ fixed with traditional monovision. Similarly the ‘distance eye’ sees better up close than the ‘distance eye’ with traditional monovision.

Because of this, unlike with traditional monovision treatments, a contact lens trial is not required prior to blended laser vision. These trials are used to ensure that the patient will be able to tolerate the two varying refractive powers of each eye and thus create a coherent image.

Some people see treatments like Presbymax as an ‘upgrade’ to traditional monovision. This is mainly due to the overlap between focusing zones. As a result, there is less of a dramatic change for the brain to adjust to.

The alternative to blended vision

When it comes to monovision or blended laser vision, the eyes and brain work as a team to create one image. But, there is an alternative which has proved very popular.

We are talking about multifocal lens implants. Here, instead of correcting long sight in one eye and short sight in the other, long, short AND intermediate vision is fixed in BOTH eyes. Giving the brain a break from adjusting to two different images as created with monovision.

A multifocal lens implant also tackles presbyopia and astigmatism; giving patients complete independence from glasses and contact lenses. In fact, over the past decade, lens replacement surgery has become a very common procedure for correcting presbyopia.

One benefit lens replacement surgery has over any laser treatment is that it treats and prevents cataract. Once the infected lens has been removed, the chance of developing a cataract in later life has been eliminated.